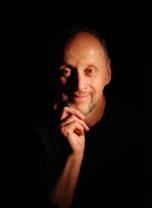 ​​Stewart Florsheim was born in New York City, the son of refugees from Hitler's Germany. He has received several awards for his poetry and was nominated for a Pushcart Prize. He has been widely published in magazines and anthologies. Stewart was the editor of Ghosts of the Holocaust, an anthology of poetry by children of Holocaust survivors (Wayne State University Press, 1989). He wrote the poetry chapbook, The Girl Eating Oysters (2River, 2004). In 2005, Stewart won the Blue Light Book Award for The Short Fall From Grace (Blue Light Press, 2006). His collection, A Split Second of Light, was published by Blue Light Press in 2011 and received an Honorable Mention in the San Francisco Book Festival, honoring the best books published in the Spring of 2011.

Stewart has been awarded residencies from Artcroft and the Kimmel Harding Nelson Center for the Arts. He has held readings throughout the Bay Area, as well as in New York, Boston, London, and Jerusalem. He also writes non-fiction and has read his essays on KQED's Perspective series. Stewart is on the board of directors of  Jewish Family and Community Services of the East Bay. He lives in the Bay Area with his wife.